Direct from France, Sergent Garcia will perform his cumbia-muffin style music live at the Santa Monica Pier at the Twighlight Series. Sargento Garcia combines a mix of latin-cumbia-rap-reggae styles and creates a unique blend of urban dance music. You must check him out while he is in town. He will also be performing in San Francisco during his 2009 US tour.

Sgt. Garcia (from Spain/France) will be performing with an opening act from Ricardo Lemvo & Makina Loca (from Congo/Angola).

Ricardo Lemvo & Makina Loca perform a mix of Caribbean, Salsa, Latin music. You will be dancing all night long. 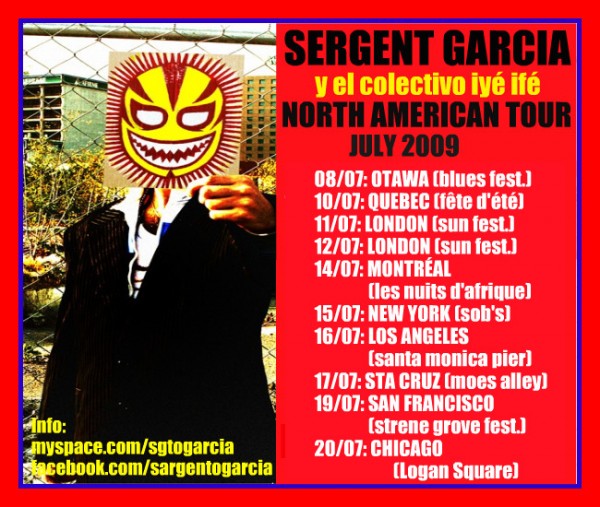