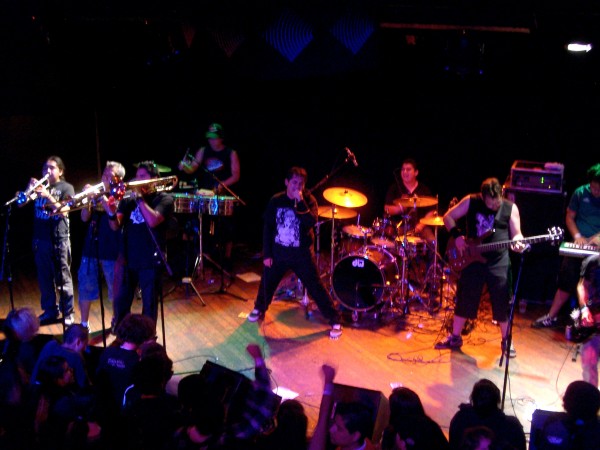 Nana Pancha’s performance at the Knitting Factory was full of energy and the crowd kept jumping and dancing till the last song. Nana Pancha followed popular local ska-punk band Chencha Berrinches and performed a long set, covering songs from their new album as well as some of their best hits. Unfortunately I missed other great bands that performed earlier that night, including Matamoska, South Central Skankers, La Pobreska and many others. Nana Pancha, from Mexico DF, was celebrating the release of their new album Flores Para Los Muertos. 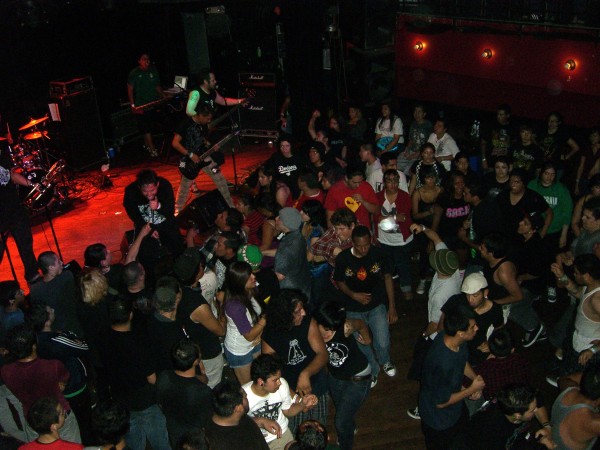 The band performed a good set of songs, with their unique blend of ska, rock and punk; often taking request from the crowd which seemed to know the lyrics of most of their songs. The crowd was formed by many young faces and they were all full of energy. The continuous mosh/ska pit kept going all night long while the band played song after song. 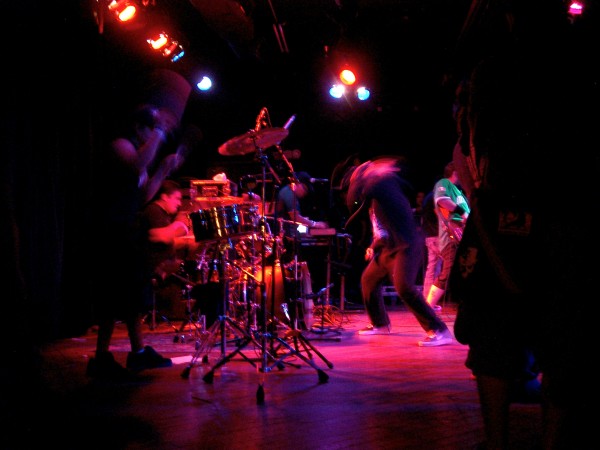 The knitting factory is a good place to host rock events. This venue in Hollywood has two stages which they rotate to keep different styles of music going on both stages. I really enjoyed this event and wished I could have arrived earlier to listen to the other great bands. Till next time…