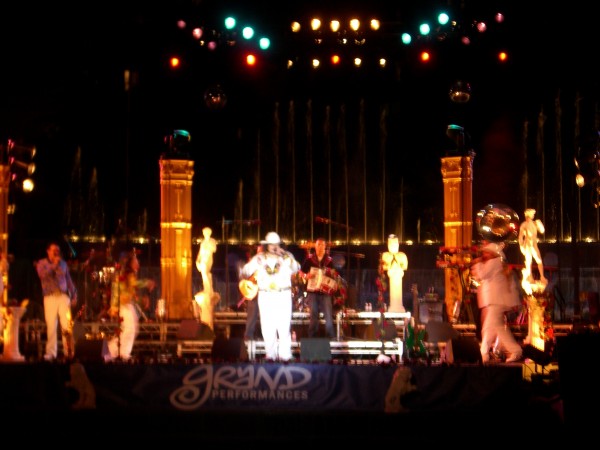 Unexpected, is the first word that comes to mind when I remember watching Mentiritas take over the stage at Grand Performances. It was an electic mix of many things…so if it’s range and variety that you seek as your entertainment, then Mentiritas definitely owns that! The group sports apparel that one would most commonly relate to a Mexican Regional genre such as Banda or Tambora. Mentiritas is a musical project lead by Grammy Award Winning Musician, Wil-Dog Abers of Ozomatli, the band gets it’s fans dancing with cumbia, ska, R&B, and of course banda. 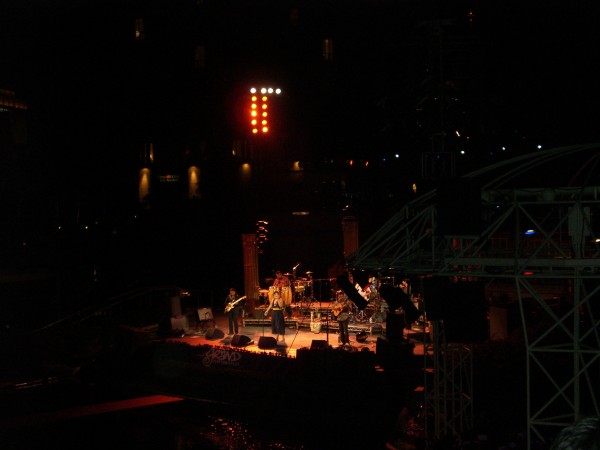 I’ve recently written about the “En tu Cuidad” tour that took place on July 30, 2009 at La Cita. That’s where I was introduced to La Santa Cecilia for the first time, and I haven’t stopped playing their CD since. Well, the day couldn’t come fast enough for me, when I would have an opportunity to see this band again. This time, like the rest of the crowd, I was able to bellow out the lyrics of most of their songs. I love all their songs, but the best one for me is definitely Jack. It’s a little jazzy number that just makes me want to pour myself a glass of wine…”y ya estuvo”!

I’m disappointed that I had to miss Mr. Vallenato, maybe next time I’ll get a chance to check him out.  I had even worn my new “Colombia” shirt just for him. Bueno, pa’ la proxima!