Mucho Wednedays hosted another great event, this time taking the stage was one of LA’s best upcoming artists, La Santa Cecilia. My friend and I showed up around 10:15pm, we were greated at the entrace with a free goodies bag that included some candies, toys and a card for free download to one of Santa Cecilia’s new songs ‘Ya Se’.  We entered and quickly found everyone gathering at the outside patio at La Cita. By 11 the crowd had  doubled and minutes later the place was full as everyone was having a great time mingling, drinking and waiting patiently for the act to come. 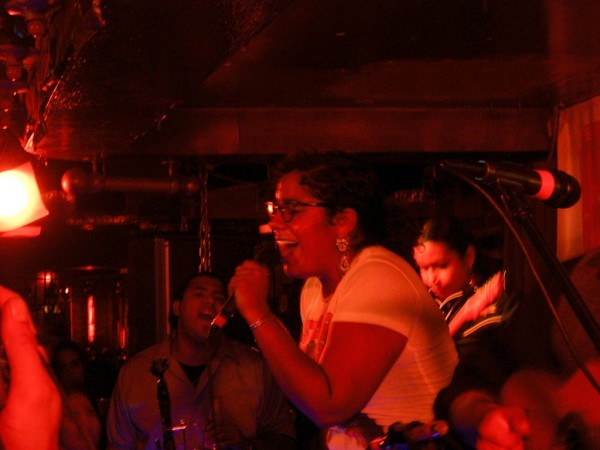 La Santa Cecilia took the stage and the crowd moved from the patio to join everyone already waiting in the main room for the performance to begin. This being my third time seeing La Santa Cecilia I was already familiar with many of their song.  I was very glad to hear other new song which I’ve never heard before from this band. I’ve only been familiar with the songs they’ve recorded on their first album, which I had a chance to pick up the first time I saw them in this same venue. 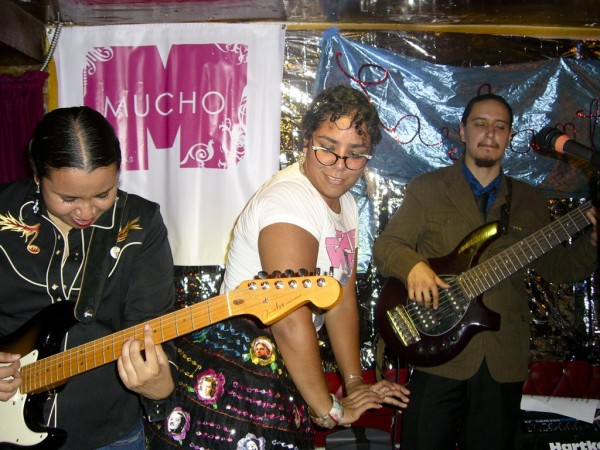 The audience seemed to be very familiar with their songs, and it is clear LSC is gaining some strong followers, as many in the crowd sang along to the lyrics of their music. As the night progressed, the performance got a bit more emotional. The night celebrated one of the DJ’s birthdays, along with cake and candles, and it celebrated La Santa Cecilia’s 2-year anniversary. The lead singer, La Mariosoul, shed a few tears, and  there were some other great moments in between songs. 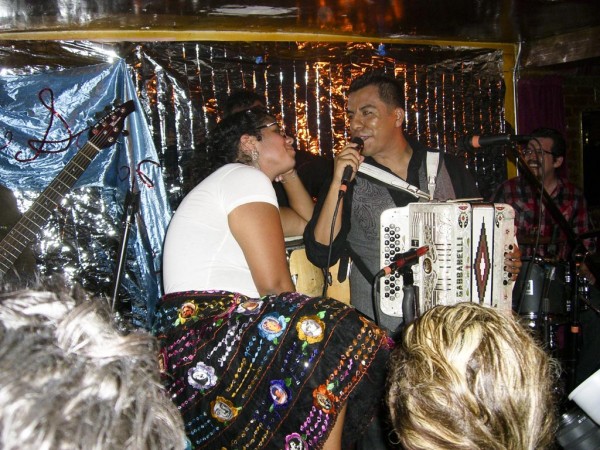 I had a great time at Mucho Wednesdays. I hope to make it there again soon and catch another live performance, thanks for an great event. Till next time.