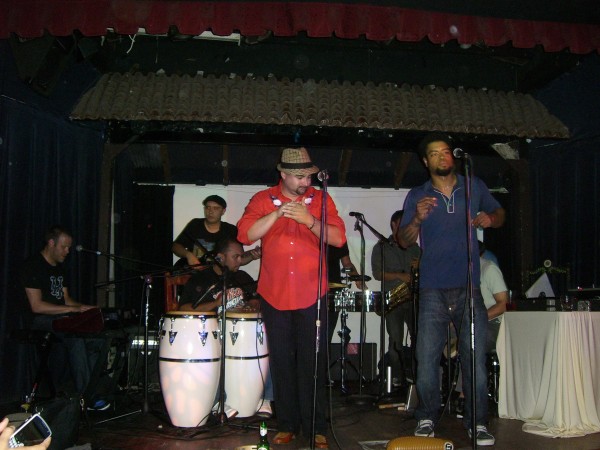 Que rico Boogalu! The anticipation was killing me on Thursday August 20th, as I anxiously sipped my Sangria at El Cid, waiting for the notorious Boogaloo Assassins to take the stage. This Los Angeles-based band is steadfast to the classic sounds of Latin music from the 60’s that erupted in New York at the time. They generate a rich mix of cha cha cha, boogaloo and descarga that will absolutely ignite the rhythm in your blood the instant you hear them play their first note. 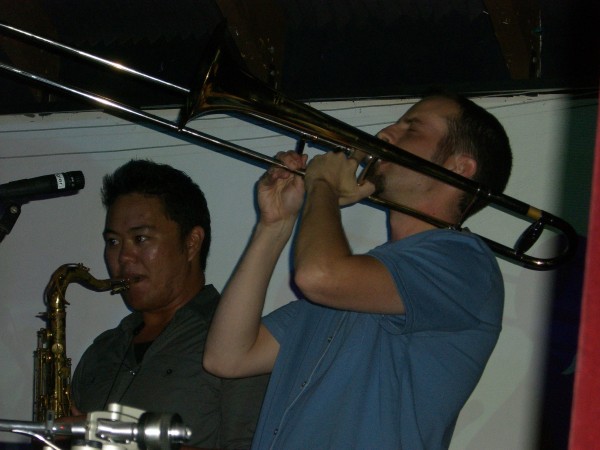 The origins of this exceptional group of musicians is a compilation of former ska and reggae band members from throughout the area. Eventually these performers came together with a common interest in creating son-montunos and boogaloos. Vocalist Bill Purdy identifies numerous influences in his artistic development,among those Ray Barretto and Joe Cuba being two of most significant. 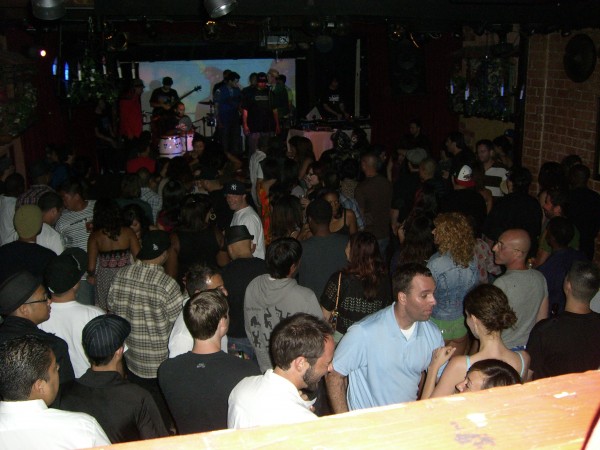 This remarkable L.A talent was hosted by The Rootdown-a weekly event dedicated to highlighting soul, funk, latin, roots, and hip hop. Every Rootdown usually features a band that spotlights their diverse musical reputation.  Currently this lively event is promoted by DJ’s Music Man Miles, Loslito, Sloepoke, Expo, Ervin, Jedi, and Amani.  Rootdown began ten years ago and still honors the inspirational contribution from DJ Dusk, who passed away in 2006.  The Rootdown is a place to continue the week going, or begin your weekend with a kick. As DJ Music Man Miles describes it in his words, “…we can keep sounds and spirit moving that we feel compelled to share with folks each and every Thursday night in the groove that we call life.”

So it’s official, I’m a fan and I can’t wait to see the next show…